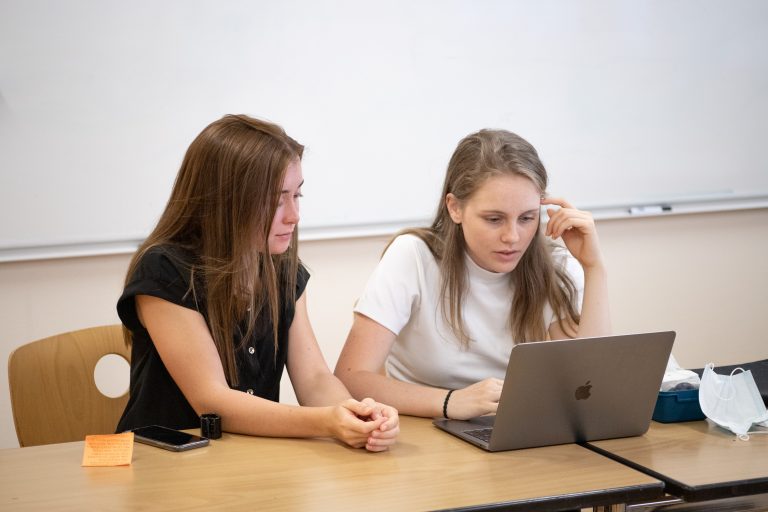 Press is often an underestimated aspect of Model UN. Last weekend, ISB held MUNTAG, its annual in-school MUN conference. 150 students gathered to consider contemporary political issues, twelve of whom belong to the press team. The press team’s goal at the conference is to put out an edition of The Daily Shift, its own newspaper, by the end of the day.

Eight student reporters were sent to each of the five committees to write about the clauses debated and global issues contemplated by multiple delegations representing various UN member states. Along with the committee papers, reporters were sent to conduct interviews for head of admin, best dressed and virgin vs veteran. In light of COVID-19, a smidge of current events was also included. Students had until 13:00 to complete and upload their articles meaning they only had around three hours to write two to three articles (per person). During lunchtime, the press team was found huddled in E01 trying to finish their articles before the deadline.

Another equally integral part of the press team is photography. At this conference, there were only two photographers who had to work hard and fast to photograph enough material for the edition, the MUN website and the yearbook.

The press leadership team consists of three roles: head of press, deputy head of press and senior editor. As leadership, they are also a part of the executive council which works to set up the conferences and involves plenty of planning beforehand. Their main job at the conference, however, is to run the team and plan so that The Daily Shift can be released on time.

After the deadline has passed, the leadership team works to edit all the articles as well as format them, choose photographs and set up the edition so that it is ready for print. Before this, the heads also had to prepare a promotional video for MUN, update the website and make each and every participation and award certificate for each individual that attended the conference.