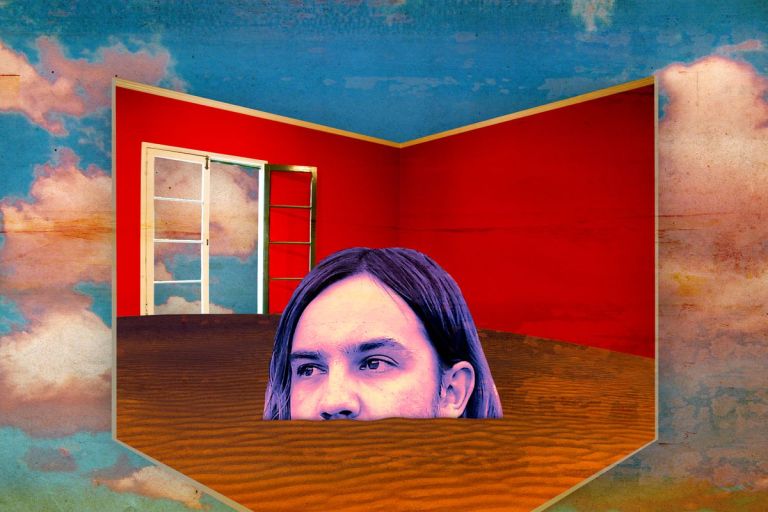 When you hear a name like “Tame Impala” an image of a stereotypical indie band would likely pop into your head, but names can be misleading. Tame Impala is the moniker for 36 year old Kevin Parker, the legendary Australian singer, songwriter and musician.

All of Kevin’s many talents come together in his fourth and most recent studio album,  The Slow Rush (2020)

Why should you care about The Slow Rush?

The Slow Rush is wonderfully psychedelic and sonically intricate album. All the instrumentation is done by Kevin Parker himself, so it is a deeply intimate album. The atmosphere that Parker creates in his works are second to none. The unique album art, done by artist Neil Krug, further develops the otherworldly feeling of this album. It transports the listener to an alien sandscape, a ghost town filled with vocal samples, grandiose synths and psychedelic drum patterns.

On the opening track, “One More Year”, a distorted vocal sample can be heard, complemented by drums, synths and Parker’s dreamy vocals. The motif of time which is introduced in this track is constant throughout the album, with songs titles like “Tomorrow’s Dust”, “Lost in Yesterday and the closing track, “One More Hour”. Listening to The Slow Rush feels like watching time pass, shifting from minutes to years to lifetimes. Kevin grapples with the issue of growing up, of destiny, and of the past.

In the breakout single, “Borderline”, Kevin reflects on his youth and states he feels caught in the middle, a type of purgatory between blissful youth and the harsh reality of growing up. He states “Then I saw the time, watched it speedin’ by like a train”. At the end of this statement, the word train is distorted, alluding to the distortion of time he is experiencing.

In the chorus, Kevin asks: “Will I be known and loved? Is there one that I trust?”

These rhetorical questions help to convey his uncertainty with what the future holds. This uncertainty is a theme which is deeply explored by Kevin through this album, always accompanied by infectious drums and fresh new sounds.

The Slow Rush is a thematically impressive piece of Artistry. The songs are consistently cohesive, but each track brings a unique aspect which keeps you engaged. Kevin Parker as Tame Impala never fails to disappoint with his meticulous production and awe-inspiring lyricism. Furthermore, the motif of time is masterly developed from the first track to the last. The Slow Rush is a perfect example of how music and writing can be combined to create a cohesive representation of a theme or idea, and I would highly recommend it to anyone who seeks an immersive album experience.

Other Albums to Check Out: