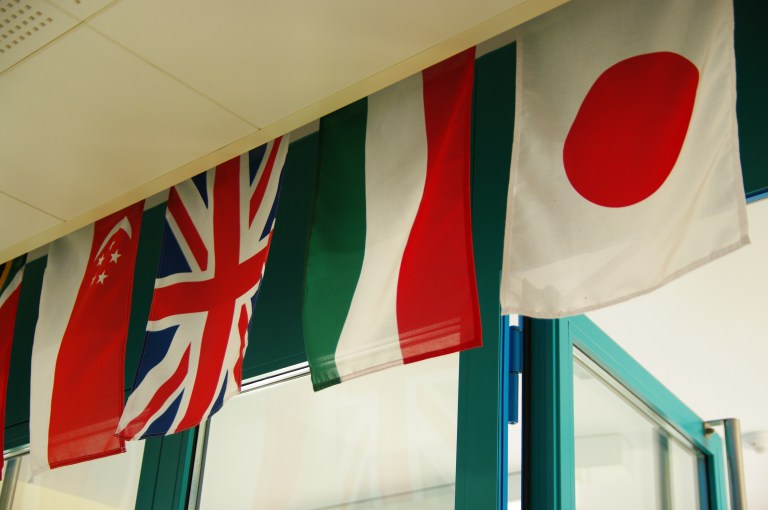 The executive council is the student leadership team at Model United Nations that work together to run both the MUNTAG and BAMUN conferences. This year, we have an almost brand new body that will be planning the BAMUN 2021 conference on November 20th and 21st.

Theo is the Secretary General. He has been involved in MUN since 2017 as both a chair and delegate. Theo works with the rest of the team to plan MUN conferences, alongside informing delegates on how to debate and prepare for MUN conferences. He handles inter-school communications and financial matters. Theo will also be chairing the General Assembly at BAMUN.

Tamsin is this year’s Deputy Secretary General. She joined MUN in 8th grade as a member of the Press Team, became a delegate in 9th Grade and began chairing midway through 10th Grade. She is very excited to be a part of the leadership team and contribute what she has learned from her experience in previous positions. Together with Theo, she will be helping to execute BaMUN by running preparatory meetings to support delegates and chairs, assisting with conference logistics and chairing the General Assembly.

Mar has been in MUN for 4 years and has taken part in more than 5 conferences. She started off as a delegate but also held a leadership position as a committee Chair of the ECH and Political council. This year she debuts in the role of Head of Chairs.

Emilija will be returning to her role as head of the press. She will be leading the press team and editing articles for The Daily Shift. Over the past several years, Emilija has accumulated editing experience online and in print. Her writing has been published in both school and professional publications. Before the day of the conference, Emilija is in charge of marketing MUN on social media, the school website and Basilisk magazine. Her additional responsibilities include communication with staff across purchasing, finance, marketing and communications to help run the conference.

Mayumi has enjoyed being in MUN since 10th grade where she was a delegate. She then joined the press team as the Deputy Head of Press and will continue in this role for 12th grade. This role entails assisting in leading the press team to create exposure around MUN through school media and around the school. During conferences Mayumi helps to organize and write articles covering the various conferences as well.

Alex is newly entering the role of Head of Admin for this years’ MUN. With unique ideas, and motivation to lead, they are prepared to take on this role and lead a group of the latest and returning Admin members in order for a smooth running MUNTAG. They will be in charge of orders, organising the behind the scenes and communication between each member of the executive team and delegates as well as coordinating gifts and other vital aspects of the preparation and execution of MUNTAG. Alex is looking forward to working with their team and anticipates an enthralling year of ISB MUN.