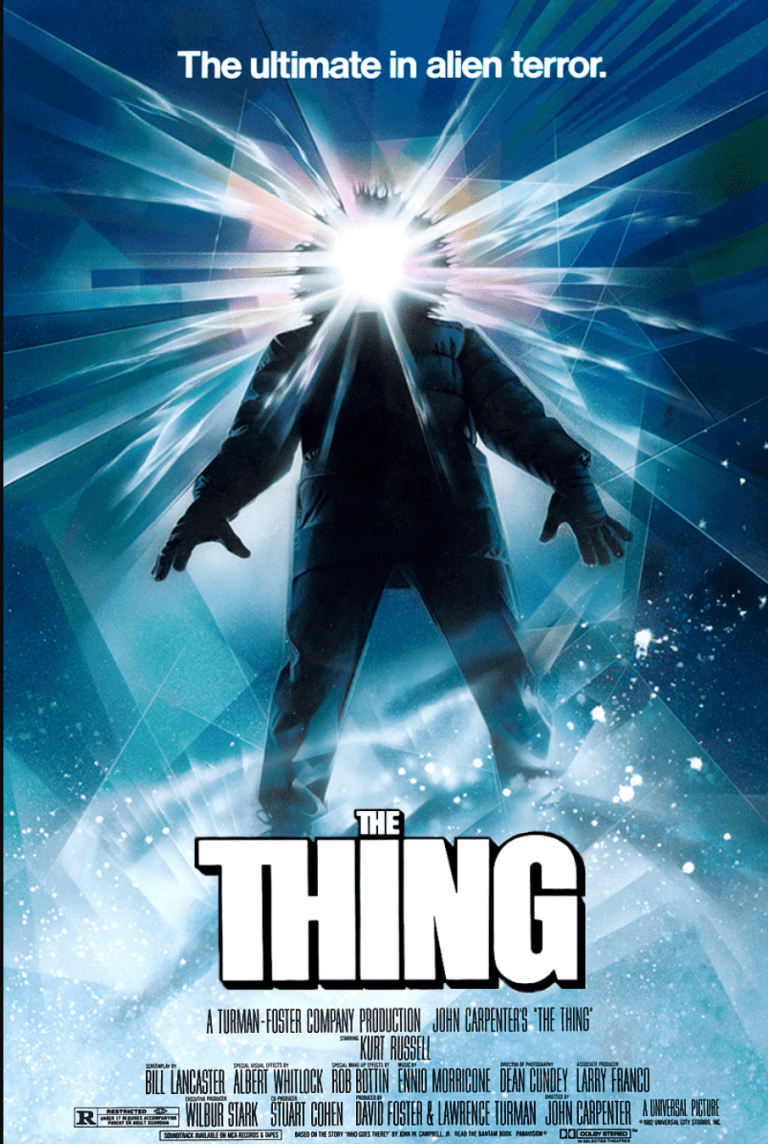 The movie follows a group of researchers in Antarctica who encounter a form of extraterrestrial life which can transform into any living creature, even humans. When McReady and his friends find out about this creature, they realize that they can’t trust each other anymore since The Thing could be in any one of them and that they are trapped in central Antarctica with it.

While watching this movie, I didn’t expect to feel as much tension and anxiety as I did. John Carpenter managed to build tension in various scenes of the movie, keeping his audience engaged and on their toes with the narrative of this movie. The director was able to also build conflict with the characters, setting and events of the movie since the researchers are stuck in one setting and can’t trust each other; John Carpenter does a great job of demonstrating the paranoia which is shared by the entire group. For the cinematography, the director tends to use quite dark lights which contrast with the clearness of the snow, music which is used to let the audience know when danger is near and the outstanding special effects and stunts which are very impressive for a movie made in the ’80s.