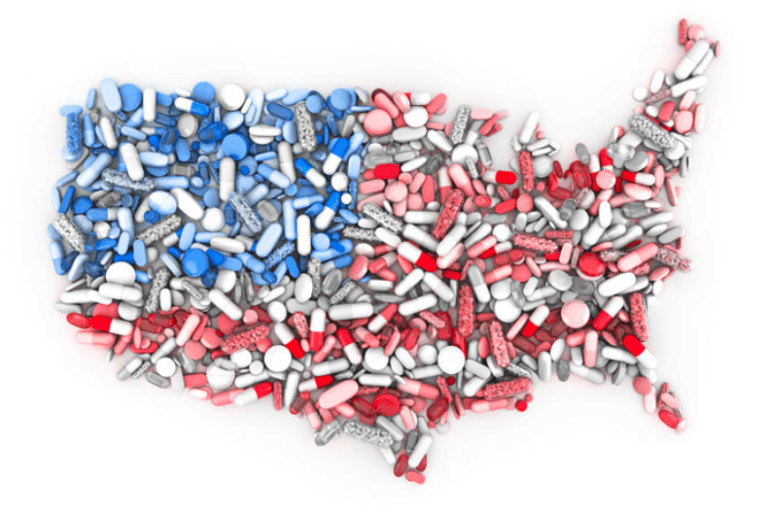 Image courtesy of The Ranch at Dove Tree

Pain and our desire to relieve ourselves of it are universal. Approaches to managing physical pain differ greatly, however as can be seen by the prevalence of opioid pain treatment in the US in comparison to Western Europe. The consequences of such treatment can be far worse than the pain it was meant to relieve: namely death. 500’000 people died from opioid overdose in the United States, between 1999 and 2019.  In 2017 opioid-related mortality in the US was 14.9 per 100,000 people, whereas in the EU it was 1.3 per 100,000 population. In 2019, Americans were consuming over 90% of the world’s pharmaceutical opioids. Why was the opioid crisis so bad in the US in comparison to Western Europe?

Opioid regulation and law enforcement may be one of the most important lessons to be learned from Europe. A specific case from an unassuming, small community in West Virginia perfectly illustrates the extreme nature of the opioid crisis in the US: Two pharmacies serving a population of 3,000 people in Williamson, West Virginia ordered 20.8 million opioid pills between 2008 and 2015. The staggering number of opioid pills isn’t even the most shocking aspect of this case, rather, it is the fact that the law enabled it. The Ensuring Patient Access and Effective Drug Enforcement Act, legislation passed in 2016 at the height of the opioid crisis, is responsible for worsening the crisis and this case in West Virginia in particular. This act restricts the Drug Enforcement Agency’s (DEA) ability to investigate and regulate opioid distributors suspected of illegal behavior and prevents the DEA from restricting large, suspicious opioid shipments. Unsurprisingly, this bill was lobbied for by two of the biggest drug distributors in West Virginia, AmerisourceBergen and McKesson.

Tightening prescription practices is key to harnessing the overflow of opioids in the US. European countries have prescription practices put in place that require doctors to first prescribe common painkillers such as Ibuprofen and Acetaminophen, whereas many US prescribers jump straight to hydrocodone or oxycodone, molecules nearly identical to heroin, the infamously illegal and highly addictive drug. 70% of opioid addictions begin with prescription pain medications. To make matters worse, a 2016 survey from the National Safety Council revealed that 99%  of American physicians are prescribing harmful opioids in excessive amounts by exceeding the recommended three-day dosage limit. Not only were American physicians overtreating patients with opioids, but they were doing so in dangerous amounts.

The commercialization of pain treatment in the US has financially incentivized doctors to overprescribe opioid pain medication to increase both the volume of patients they see as well as patient satisfaction. Both doctors and pharmaceutical companies are benefiting from American laws that legalize commercials for prescription drugs. Pain treatment has been commercialized to the point where patients are exposed to commercials for prescription drugs as addictive as heroin, which they can then request from their doctors.

Pain is not nearly as profitable in Western Europe as it is in the US. The German government, for instance, caps the price of prescription pharmaceuticals putting downward pressure on drug prices. In contrast to the US, countries in the European Union must additionally undertake the health technology assessment (HTA) to first evaluate the drug’s safety and set prices, which ensures that prescription drugs are properly regulated by governments, pharmaceutical companies, and doctors. Unlike in Europe, private American pharmaceutical companies can engage in price competition to dictate prices. 300 million pain prescriptions in the US equaled a $24 billion market in 2015 alone.

So what does this mean for the US? Clearly, they need to reform their laws and tighten regulations on a national level to prevent crises like the one in West Virginia. Simple regulations can be put in place to hinder the commercialization of pain such as outlawing commercials for opioid prescription drugs. The US can either use this predicament as an opportunity to make more money exploiting already existing pain to cause even more or they can save the lives of thousands of already suffering Americans by putting limits on their pain relief. One thing is clear: The US can turn to Europe for guidance.