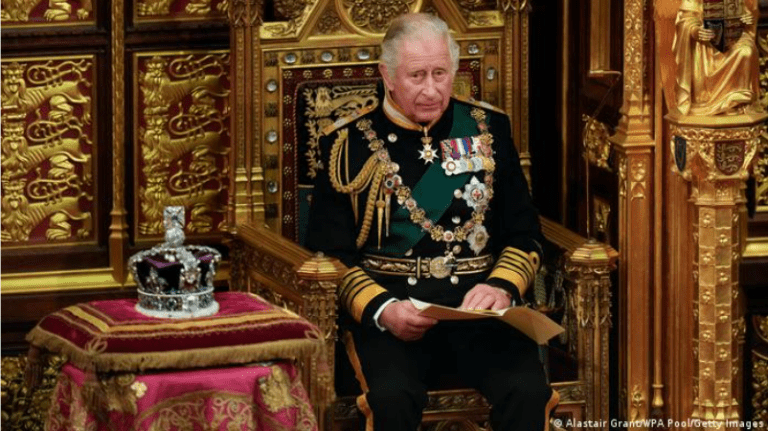 King Charles III now takes on succession to the throne and plans to promote causes pertaining to the environment and climate change. In his speech at the opening ceremony of the COP26 climate summit, he stated, “We have to put ourselves on what might be called a war-like footing” (Neuman).

The United Kingdom has been running by a system of constitutional monarchy—a monarchy limited by the law. The parliament takes charge of passing legislation, while the monarch simply gives “royal assent” before a bill becomes law, which is rather considered as a custom and not requiring input from the monarch. Previous moments in history prove that intervention stirs chaos; for instance, King Charles I’s attempt to arrest members of the Parliament in 1642 was consequently followed by a revolution and resulted in the UK becoming a temporary republic (“What to Expect”).

While the former queen aimed for political neutrality, the new king’s history of meddling in politics raises concerns on whether his “interventionist” behavior will carry on into his kingship. The king had previously lobbied politicians on issues concerning genetically modified crops, education, and health (Booth). Early in the year, he also criticized a new controversial immigration policy sending asylum seekers to Rwanda for processing. A senior cabinet official condemns the king’s behavior, saying that it will “present serious constitutional issues” (Neuman).  However, King Charles III appears to be well aware of this:

“I’m not that stupid. I do realise that it is a separate exercise being sovereign. So, of course I understand entirely how that should operate. The idea somehow that I’m going to go on exactly the same way, if I have to succeed, is complete nonsense. Because the two situations are completely different” (“What to Expect”).

King Charles is also facing recent backlash as one of his charitable organizations allegedly accepted a one million pound donation from the family of Osama bin Laden (“Prince Charles’”). Charles’ office, Clarence House, admits to the donation, but claims that it was accepted by the charity’s trustees instead of the prince and assures that due diligence was conducted. Additionally, in exchange of King Charles awarding Mahfouz Marei Mubarak bin Mahfouz CBE and helping him secure British citizenship, the Saudi billionaire donated large sums of money to projects of interest to the king (Wolfe-Robinson; “Prince Charles’”).

In the meantime, many are keeping a close eye on the new king’s course of actions and await to see how the future of the nation will unfold under the new monarch.

Booth, Robert. “Prince Charles Will Not Be Silenced When He Is Made King, Say

Neuman, Scott. “As King Charles III Takes the Crown, Here’s How He May Focus His

“King Charles III Knows the Privileges of Birth Better than Nearly Anyone.”

“What to Expect from the Reign of King Charles III.” The Conversation, 10 Sept.

Wolfe-Robinson, Maya. “The Saudi Tycoon at the Centre of an Honours