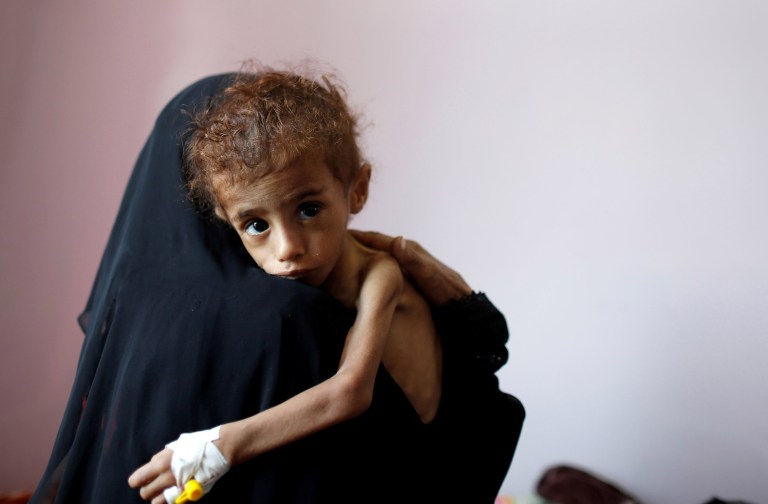 Around the globe there are many regions suffering from humanitarian crises, but the most severe one yet might be the case of Yemen. Due to political instability and the failure to secure the country, a merger of political parties occured; pushing the country into even deeper uncertainty. Violent uprisings in the region forced the former president to give way to his successor, who was faced with hijackings, attacks by longtime jihadists, separatist movements, corruption, food scarcity and an unemployment crisis. This led the way for the religious divide to become a conflict. Because of the uncertainty this caused, religious rebellions took place, which sent the country into complete anarchy. Destroying and sieging regions, Yemen became more divided than ever. To further complicate matters, external intervention from Saudi Arabia and Iran (supporting the exiled president and the Shia belief), transformed this national conflict to a global issue.

It all goes back to the religious conflict between the Sunnis and the Shias. In the Middle East, the Sunnis dominate (they are mainly located in Saudi Arabia); however, this isn’t the case in Yemen. In a Shia dominated region, rebellions and other forms of attacks took place during the political transition, enabling the Shias to gain control over the Northern region of Yemen. As Yemenis realized what a lost cause the new government was, they put their support in the Sunnis (although the UNHCR has published the actual percentage, which is “55% Shia and 45% Sunni” (BBC News); which has increased the strength of Sunni attacks on the Shia community; as well as their frequency. This rise in support fuelled an attack on the capital, in aims to overthrow the president; which to no surprise caused him to flee the country. These events were significant signs which showed that the conflict had now escalated as the two heavily supported groups gained power and support; making the Yemen region one of the most disputed regions in the world. Due to the rise of Houthis (Sunni believers)  in the region, Shia dominated regions such as Iran & Iraq started air strikes to destroy the country and hold back the overpowerful Houthis. They felt threatened by the ever growing group, due to the increasing support from the Yemeni people. These Shia airstrikes were eventually successful and the president (previously forced into exile) was able to take back “control” of the region. Although the return of the president might have seemed like a step into the resolution of this regional issue, it only worsened the situation and increased tensions between Iran and Saudi Arabia.

With the Houthis still going strong and controlling regions of Yemen, the attention was turned towards Saudi Arabia; who suffered several air strikes on behalf of the Shia population (mainly coming from Iran). The missile attacks on Saudi have prompted them to reinforce and tighten their borders with Yemen (reducing the ability of humanitarian aid able to get to the population). This has led to the whole region to be “shut off” from external intervention and international relief; leaving the Yemeni population to face malnutrition and severe famine, making more than “80-90%” (BBC News) of them reliant on humanitarian aid. Not only that, but more than 20 million people are suffering from food insecurities, as well as in need of healthcare, access to clean water and other types of sanitation. All of which would be entering through the ports, but due to previous air strikes and bombing have been completely destroyed and unable to be used. As a result of this, Yemen is now also facing the largest cholera outbreak, with more than “2.2 million suspected cases” (BBC News). But that’s not the least of their problems, as the funding of UN troops has become so scarce that they’re intervention has become futile. Due to the obvious current pandemic, Saudi Arabia announced a ceasefire, but the Houthis in Yemen rejected the motion and have continued  their activity in the region. Leaving the UN unable to intervene and improve the situation in the troubled region. However, the obvious question arises: should they even be given the permission to intervene? Or should it be left on the hands of only the parties involved?

To answer that question it is key to look back on past missions which have been carried out. In previous years, the UN has been involved in providing healthcare and humanitarian aid, as well as protection to locals in need. They’ve supplied food and other necessities to poor villages with no income or trade. They’ve also been in charge of peace agreements and cooperation between the two religious groups; however as previously discussed it has never proven useful yet. A smaller body of the UN, UNICEF was then sent to intervene in child protection missions. Helping treat child malnutrition by providing essential therapeutic and medical supplies. Due to the Covid pandemic, they also “trained around 33,00 workers” (UNICEF), in aims to reduce the infection rate, as well as to help with the distribution of healthcare kits. They’ve also reached out to adult populations around the region, to educate them on mines and other explosive devices, as well as helped with the rehabilitation of schools, medical centers and other damaged learning spaces. These projects and missions make the UN seem like an excellent organization, who’ve helped thousands of people in extreme poverty; however, it is worth pointing out that the government of Yemen (however ruptured and unstable), has a certain degree of sovereignty, which such an IGO has previously ignored. Although the UN, and other organizations, who’ve “helped” Yemen in the form of humanitarian aid and external intervention, the Yemeni government deserves to be included in missions which involve the protection and aid of its people.

The Yemen issue is a perfect example of what causes a need for humanitarian aid and external intervention, as well as how far IGOs can help in resolving religious issues. From medical equipment, to the education of military devices; humanitarian aid can come in various different forms and tackle several socio-economic issues. In Yemen however, that hasn’t been enough and a more effective strategy needs to be developed in order to help the Yemeni people get back their land and restore peace to the region.