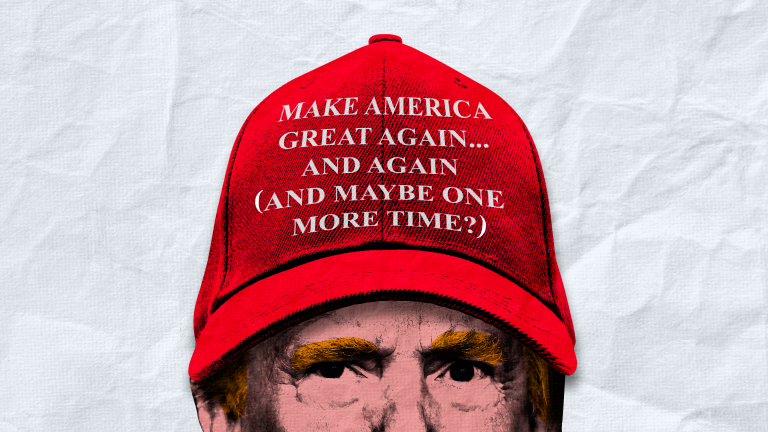 Donald J. Trump, 45th president of the USA and prominent reality TV star, has held a presidency that has been nothing short of controversial. Trump’s acceptance speech for his position as a candidate for re-election was also notably contentious referencing the possibility of holding the Presidency for three terms. This was only ever done by Franklin D. Roosevelt through the 22nd amendment in 1940 which set the limit at two terms in lieu of World War II. This raises the question of which benefits does the 22nd amendment provide to the average American. How does it affect citizens? Most importantly, is it even relevant anymore?

The amendment was put in place due to the example of Adolf Hitler whose emergency power granted him an effective indefinite number of terms and to avoid an American Dictator (as characterized in It Can’t Happen Here by Sinclair Lewis).

Interestingly enough, the presidency is the only position in the United States Cabinet which has a term limit. Senate, House, and Vice President members can serve an unlimited number of terms, and Supreme Court Members are even appointed for life terms1. This begs the question of why only a president can serve a maximum of two terms. The president has gained increased power over time. Post-Reagan administrations have exercised the Executive Order more and more frequently, thus granting them more influence. To set a term limit would be effective in this case to prevent abuse of the Executive Order.

Senate and House members do not have access to this direct amount of power. Consequently, serving an unlimited number of terms would not provide such a detriment. Especially if this politician is popular. However, the Supreme Court members, also appointed for life1, have an even greater position of power. They are able to have the final say on many judicial cases (see Roe v. Wade), the effects of which can last for generations. Why are there no terms or term limits for the Supreme Court? While not dictatorial, they are the final say.

A good example of the legitimacy of the Supreme Court is the appointment of Brett Kavanaugh during Trump’s Presidency. Shortly after the announcement of his appointment, allegations of sexual assault were brought to light. This question of the integrity of this appointed individual (for life, at that) in a position of incredible power is incredibly important, especially given the fact that Trump was tried for Obstruction of Justice. Without term limits, these people could effectively serve for life. This allows for the truly popular politicians and ideas to stay in power given a perfect system. Given accusations of cronyism2 in American Politics, perhaps this idea is a little naive. Term limits would prevent malicious individuals from achieving far greater heights than they should.

Term limits provide an effective mitigating method for cronyism and nepotism but don’t solve major issues in the long run. Term limits are a good starting point to truly eradicate bias and overwhelming ideologies that bully minorities into submission but alone don’t solve the most destructive problems which plague the American political system.