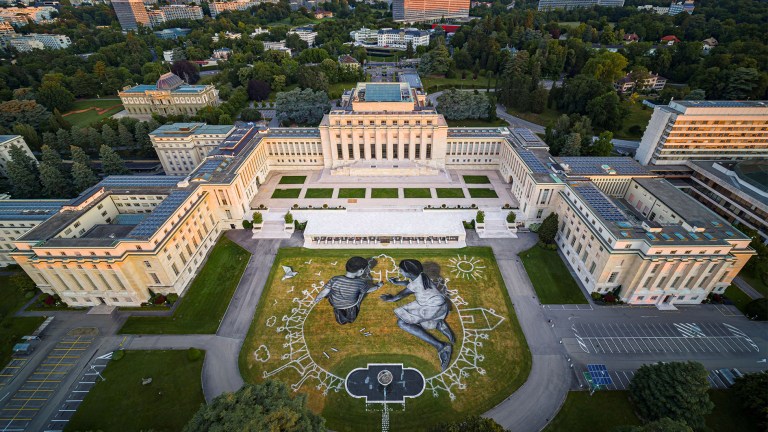 Recently, our grade 12 Global Politics class went on a trip to Geneva, which is the European heart of global affairs. As a part of the trip, we visited the Olympic and the International Red Cross and Red Crescent museums. Most significantly, a tour of the United Nations was conducted. The trip left me breathless, especially while seeing the extent of tangibility to the material learned in class. I have gathered many insights from this two-day trip which have made it truly special.

The places we visited and more specifically the United Nations all have a sense of formidable immortality; we see them as part of the very essence of political affairs. However, they were actually established very recently. In the Olympic museum for example, we saw how one man, Pierre de Coubertin, managed to change the way we perceive both peace and sports by reviving the Olympic Games. This newly created organization is the greatest peacekeeper on earth; it sends the universal message of peace, not by coercion but rather by non-violent cooperation. Additionally, the head of the Olympic refugee team agreed to have a conversation with our class, and through his insightful comments, we learned that the Olympic games are also a matter of culture. By giving refugees a place to prosper, the Olympic committee hopes to smoothen their assimilation into their host countries. Through our experiences in Lausanne we discovered that sometimes by using the human urge to compete, we can actually achieve a sense of unity. And that by giving individuals an opportunity to show their uniqueness; we can allow them to assimilate. This is seen more than anywhere else in the Olympic motto  “Faster, Higher, Stronger together”, where the word together was recently added.

The red cross is an organization that ensures the safety of civilians in times of hardship. Through its efforts, many humanitarian disasters are being solved. Yemen, South Sudan, and Ethiopia are all examples of countries where individuals receive constant treatment from the Red cross. Most importantly, we saw that while hardship and misery can be a part of life and an unsolved political issue, our contributions both personally and collectively can help the world progress into a state of lesser suffering. One fantastic example of such exploration is an interactive game where participants are required to prioritise assignments to ensure the evacuation of a tropical village before a flood. It shows how hard the work of the Red cross is and how significant their contributions are.

The UN tour was the highlight of the trip for many of us. We were exposed to the beating heart of political affairs. It allowed for personal reflections on the importance of non-state actors in the world of politics. Throughout the tour a sense of admiration for the architectural structures was present, the human rights council ceiling was specifically extraordinary.

The trip allowed us all to explore state diplomacy and global affairs to their fullest. We were exposed  to the beauty of sports and the delight of cooperation. It was an experience never to be forgotten; a true memory in its youth.