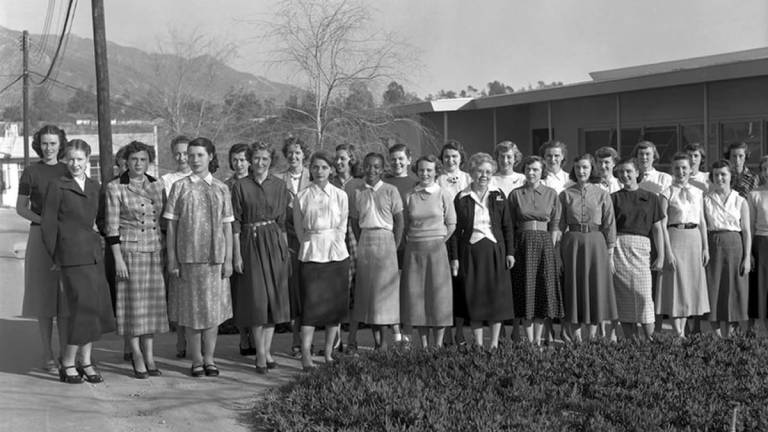 By Amelie and Nina

The movie “Hidden Figures”, based on the original biography by Margot Lee Shetterly, tells the story of three female mathematicians who worked at NASA in the 1960s. Katherine Johnson, Dorothy Vaughan, and Mary Jackson worked as “Computers” in the Segregated West Area Computing Unit, on calculations involving the trajectory of rockets and altering the heat-proof shield to protect both the rocket and astronauts when they re-entered into the Earth’s orbit. They were integral for the first journey of American astronauts into space. The movie highlights their central role in the voyage to space, as well as showing the struggles they faced. Although they also faced racism during their time at NASA, this article will be focusing on their struggle against sexism.

Sexism at NASA: Then vs Now

At a special subcommittee hearing on the selection of astronauts in July 1962, military pilots were considered the best candidates for training, a field women could not access. In the final report written by the subcommittee, women were officially banned from going on Apollo missions. Glenn asserted that “the men go off and fight the wars and fly the airplanes and come back and help design and build and test them. The fact that women are not in this field is a fact of our social order”. It wasn’t until 1965 that NASA said they were developing “scientific-astronaut” programs for women (Slyvester).
Even today the STEM field is largely dominated by men and a majority of employees at NASA are men (65.8%). Research from Lisa Steelman, a professor at Florida Tech, found that women’s work is still often devalued in comparison to their male co-workers. This puts pressure on women to perform better than their male co-workers in order to garner the same respect (Kelly).

Even today the STEM field is largely dominated by men and a majority of employees at NASA are men (65.8%). Research from Lisa Steelman, a professor at Florida Tech, found that women’s work is still often devalued in comparison to their male co-workers. This puts pressure on women to perform better than their male co-workers in order to garner the same respect (Kelly).

The womens’ roles as computers for NASA entailed doing very complex mathematical calculations by hand. Being a “computer” was labelled as “women’s work”, which meant that their work was often unappreciated by their male colleagues (Holland). In addition, these women helped design the IBM machines and made them more effective (Holland). Dorothy Vaughan even went on to become one of the first computer programmers (Holland).

Despite facing extreme adversity, these women continued to work hard and fight against the injustices they faced.

About the Author of the Original Book

The author of the original book “Hidden Figures”, Margot Lee Shetterly, knew the three women “from the local community – they were [her] parents’ friends” (Cawthorne). Her father worked as an atmospheric scientist at NASA, which is how she first heard their stories (Cawthorne).

About the Film’s Director

Theodore Melfi was shocked when he first read Shetterly’s book proposal and used the book when writing the script for the film. He also interviewed Katherine Johnson while working on the script. Melfi turned down an offer to direct Spiderman, as he felt that the story of the three women was important to share. He wanted to portray the women both in their workplace and at home. He was quoted saying, “In order for us to know they’re extraordinary, you had to see their home life and the equal weight they gave to their home life as to their job.” He particularly wanted to include Jim Jonhson’s proposal to Katherine Johnson to show their relationship and emphasize Katherine Johnson’s life as a single mother, especially since Melfi himself was raised by a single mother (Kilkenny).

All in all, these women were pioneers in their fields and were critical to NASA’s space program. Although their work has gone unnoticed for many years, they are finally getting the recognition they deserve.