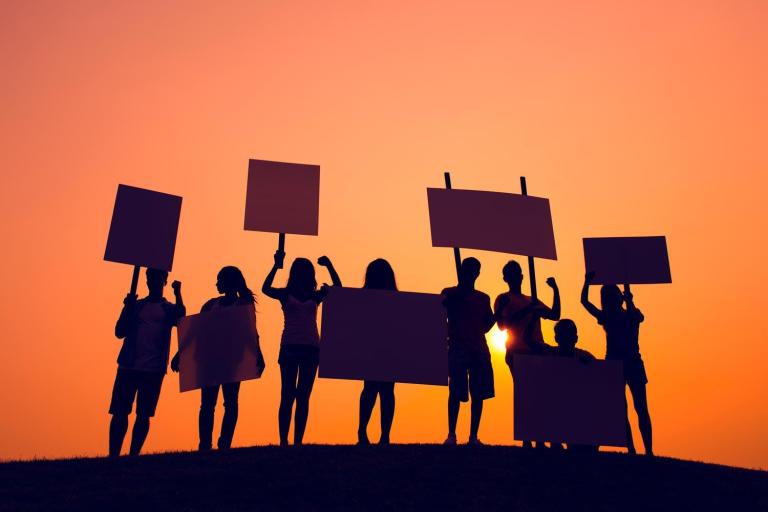 I have always been passionate about Human Rights. Ever since I was a little kid, I always wondered why inequalities exist and why people cannot accept one another as they are. As I grew older and began to travel with my family, and seeing the world for myself, I began to realize that people are, in fact, not being provided with their basic human rights. Whether a result of local or national government policies, people are not being treated equally. This situation is so much worse, especially for children, women, and other marginalized groups.

Having lived in the US for only the first 6 years of my life, I was naive and too young to comprehend the socioeconomic disparities and inequalities occurring around me. I did not really know anything else other than what I was experiencing and the knowledge obtained from the very few experiences I had. I began to comprehend and reflect on this harsh reality following my family’s relocation to Switzerland.

Let me tell you a little bit about myself. I was adopted as an infant from Pune, India to Indo-American parents in 2003. My parents have been very open about my adoption and always taught me to give and think to those in need. For example, every Christmas, I was given money toys from the wishlists of less fortunate children. Traveling to places like South Africa and India really opened my eyes to how different parts of the world work and understand human rights. Additionally, I have begun to understand that even pockets of economically stable countries face these socio-economic challenges, for example,  the plight of incoming refugees from Syria is quite visible in Switzerland and other neighboring European countries.

On my 4th trip to India at age 10, we visited Pune, returning for the first time as a family. I was eager to return to see what Pune was all about. During our visit, we visited a local, internationally-recognized orphanage. The staff allowed us to have a look at the facilities which were relatively proper and well kept, given the circumstances. Bearing gifts, I played and interacted with the children for a while. These orphanages try to do their best for these children, however, the system is overloaded, which sometimes leads to children slipping through the cracks.. Indian orphanages must be thorough and diligent in scrutinizing potential families to prevent child trafficking. All of this rests on the tremendous resources,goodwill of social workers, and the facilities they represent.

After my visit, I reflected and realized that not everyone was as fortunate as I was. Most children had very little and their chances  of being adopted were slim. The children were a little bit older than I was. The reality is, that as children get older, the forces adoption work against them. That did not feel right to me. I remember asking myself the question “Why? Why do inequalities exist?”

Following that experience, I began to question everything I knew about Human Rights. At that time, I do not think I realized the unfortunate circumstances in which children are brought into this world. There are not enough people willing to help. I have made it a strong passion of mine to help and positively impact these children. I would like to give back and help these children by raising awareness and advocating on their behalf.

As I continued to grow both as a person and an academic, I began to understand the systemic corruption that exists throughout the world. I am understanding and educating myself about why. There has always been a deep history rooted in hierarchy, where these children are economically and socially deprived. To the rest of the world, these children are often forgotten and are considered afterthoughts. That was the moment I truly realized what the term “inequality” means. The deprival of the basic mandatory human rights of life, prosperity, and liberty.