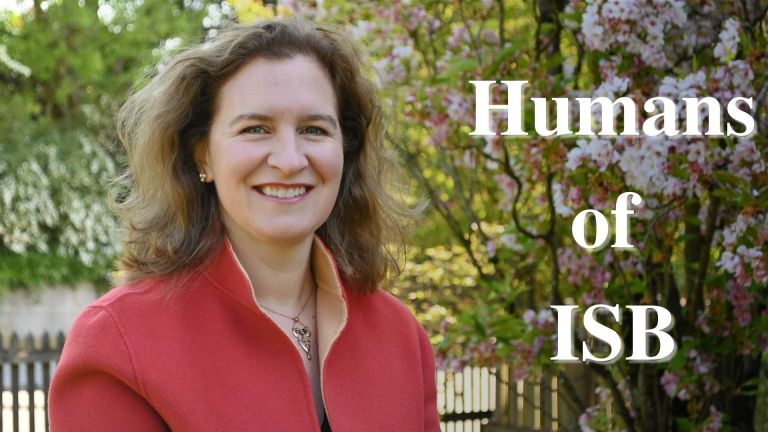 Megan Ostuni, one of the parents from the ISB community, attended Georgetown University in Washington, D.C; after which, she worked in health policy. Years later, when she got her MBA, combined with her familiarity with D.C and government work, she was assigned her first consulting position there. She often commuted from Boston for 4-5 days a week, flying every week back-and-forth between the two cities. Mrs.Ostuni finds structure through work and volunteering; she has had a work permit since she was 14, but her experience with 9/11 in her consulting position taught her a new lesson about the workplace and watching out for herself, that she’s carried on as a motto through life.

“When you’re a consultant, sometimes even if you’re doing big projects, you end up in the crummy space in the building, like the basement. So on 9/11; it was early in the morning, and we were all in the basement space which meant that when something big was happening outside, we wouldn’t know about it because we literally had no windows, nothing; we were underground.

On that day… I guess someone got a text from somebody who was in our New York location. And then, people started getting on their laptops and, just like all the stories you’ve heard, that initial crash, everybody thought it was a mistake. Nobody thought that first crash was intentional. Somehow people started realising there were unaccounted for airplanes in the sky, and then suddenly the building had to be evacuated. The streets were packed with people trying to find the right place to go.

So our team ended up in this Irish bar. The thing that was perfect about it was: it was a sports bar. It had television sets all around because it was used to showing the games and we could see what was going on since we didn’t have internet

Because the cell towers came down with the Trade Center, all the cell phone coverage stopped working. Everybody was taking turns with these old payphones and we would just share it: “why don’t you take a couple of minutes to connect with your loved ones, let them know that you’re safe?”

The other thing that was crazy; once everybody knew where everybody was, we started working. The boss was there, and he said: “well, were coming up with this strategy plan” and the client showed up, and he was like “well, if we’re coming up with the projections for this and this, how would we model this?” and we just started creating the model like it was normal! And then, at around 4 o’clock it was sort of, “ok, now what do we do?” We’ve been in this Irish bar all day but we can’t stay here forever.

I ended up staying at my friend’s house on the couch just to have that comfort of being with somebody I knew, and the next morning I had to walk through the neighbourhood of Georgetown, and there were tanks and HUMV, all over the streets. Full military, fatigues, weapons, you name it, driving through Georgetown… Not so long ago, people would say: “There have never been tanks in the streets of D.C.!” and I thought “Yeah, there absolutely were” They were all over the place because we didn’t know what was under attack next. Nobody knew how big the plan was.

Eventually, we, the team, ended up taking a train all the way back to Boston. And, we rode right through New York City; I mean, right under the belly of it. On the Friday back, we had counselors come to work, but everybody was still in shock for a couple of days because we had just been in it; we weren’t really processing things and you’re still waiting to see if people are going to get found… As soon as work was over, my husband and I got in the car and we drove to Manhattan.

We needed to check on his brothers who lived and worked near the events of 9/11, and I’ll never forget it. You could smell the electrical smells, and chemical smells and there was still smoke in the air, several days later. There were signs all over town from people who were looking for loved ones: “Have you seen this person?”. It’s one of those things I think everybody remembers, of course, but it’s very different to actually have been in it and know what that panic is like. I eventually learned that I’d lost nearly 300 colleagues on 9/11.

Another time, during the Anthrax scare, where people were getting this poison powder mailed all over D.C., our boss had no sense of how to keep us safe. And one day I said, “you know what, I’m going home. We are not doing brain surgery here, I will gladly keep working on this project, but I don’t feel safe, I don’t think you know how to keep me safe” and another coworker who was on my team came along with me. That was really empowering. I went home and this coworker couldn’t get a flight back to Chicago and I said: “Come to Boston with me. We will still work on the project, you can come to the Boston office, we will meet these responsibilities…” and then, the management actually took us seriously. It was a big moment for me that I realized: “I need to stand up for myself here and not just go with the flow because they might not have my best interest in mind” Sometimes your boss doesn’t have your best interest at heart. I first saw the glimpse of it working on the strategy plan right after this horrible event. I realized I needed to look out for my own well-being. Just because a boss is an authority figure, doesn’t mean they always have the right priorities, right? That was a big lesson and I was proud that I acted on it.“