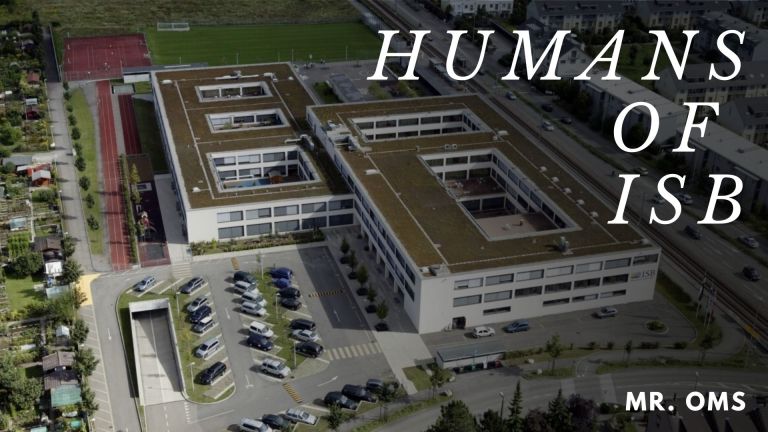 So, to start with, could you tell me a little bit about yourself?

My name is Tico Oms, my real name is Jose Ramon, and on my birth certificate, my family name is Gonzales. I’m Cuban-American; Gonzales is a very Latin name, and Oms is Catalan because my family moved to Cuba from Barcelona. That’s why my family name isn’t necessarily contemporary and traditional to Spanish families.

I’ve worked in education since I was 38, before which I worked in business, Dell computers, and other high-tech companies. Afterward, I went to Harvard to get my master’s in education and became a teacher. Back then, I thought I’d be a teacher the rest of my life. I loved teaching so much. I had many opportunities to be a principal or deputy principal presented to me, but I’d always deny them. Eventually, though, I caved in and went into school leadership, eventually becoming a principal. I do miss teaching though, a lot.

Out of curiosity, What subjects did you teach?

Initially, I taught math. Some middle school science, but mainly AP math; like AP calculus, AP statistics, and the lot. Later, when I moved to the Singapore American School, I started teaching business, entrepreneurship, law, and such classes.

What other schools have you gone to before the ISB?

Lexington high-school, just outside of Boston, was the first school I taught at. It is a public school, but I must say it’s one of the best in the US. No exaggeration, the year I was there, there were 12 Harvard acceptances, 16 perfect SAT scores, 19 MIT acceptances. Which is a lot for a public school. But it was high-performance. Then, I went to the JFK school in Berlin, Germany, Singapore American School, International School of Bangkok, and now I’m here. I’ve been lucky enough to teach in some of the best schools in the world.

Is there any experience before your education career that particularly stands out to you?

I think mainly that I get what it feels like to be a third-culture kid. Partially, it’s because I grew up speaking Spanish and didn’t pick up English until I went to school. Throughout that time, my Dad was in the US army so we were moving from place to place, so I was moving cities or countries every 3 or 4 years. Back then, there weren’t so many third-culture kids. And, because I’ve been surrounded by third culture kids like you are, I too, know what it feels like to not know what to say when I’m asked where I’m from. Even now I still can’t answer this question. So I feel like I get kids who are going through questions like “Who am I?”, “What’s my Identity?”, “Where do I call home?”. Matter of fact, It’s very comfortable in international schools; I’m much more comfortable in international schools than, say, American schools. I don’t have as much in common with the students and staff there, and vice versa. They would find it hard to relate to me since I’ve traveled the world and done all these things.

International schools are kind of a melting pot of cultures, which could be seen as good and bad, so how do you see it?

So what led you to us, here, in Switzerland?

When I graduated college in 89’, I was an engineer, had a job, went to university in Dallas and I got a job offer at Pepsi. It was a really hard job to get. It was very competitive. But I was completely unexcited about it. I even got the job! People told me “Oh you’re so lucky” and so on. But ended up telling my future boss that I can’t do this, go straight from college to working without having any adventure or travel. He said, “no problem, I will hold your job for six months”. To which I said, “Cool, I’m gonna go to Japan”. So I went there, taught English, and I just fell in love with it. So, I wrote him a letter saying “Yeah, I’m not coming back.” Then I taught English in Japan, and from 89’ until I moved to Basel, I had been outside of Asia for only 6 years. So when I was deciding where to move the last time, I really wanted to live a new experience outside of Asia. I’d lived in Japan, Malaysia, Thailand, Singapore and traveled all over. So I really wanted to go to Europe and get a sense of something new.

I’d say that Switzerland is a country with a lot of character, at least by European standards. The communities here are much less diversified than in Germany or France where you said you’ve been, so this must have been a very big shift for you. From your time here, what would you say are the biggest changes you’ve noticed?

Mostly positive. My last place was Bangkok, a massive, crowded, metropolitan area. Of course, it’s super fun, diverse, energetic, and a multitude of things to do. I really like Thai people, Thai culture, so you can imagine these big urban Asian metropolises. Now, in Basel, I feel the fresh air, quiet atmosphere, and things are just calm, there’s barely any traffic. I also really like hiking. One of my favorite things to do. In Asia, I’ve hiked everywhere. Name a hike and I’ve most likely been on it. I’ve been in Australia, New Zealand, China, Nepal, Vietnam, and Thailand. So it’s something I love to be able to go and do.

Do you enjoy other sports too?

Yeah, I do. So, my skills, unfortunately, don’t lay in the arts; which makes me a good audience member. I can appreciate it but it isn’t something I can perform. But, because of that, I turned towards sports. Because it was something I could perform. My main sport has always been soccer, part of which is that I grew up in Italy. So when I went from Italy to Texas, I was the best soccer kid around, even amongst kids 2 or 3 years older than me. I’d been playing soccer every day in Italy for 4 years, and then i go to texas. So I was just a very solid player compared to others, hence I played some in college, and I still coach soccer. When things settle down next year, I might coach here too. At least assistant coach. I still play tennis too, I do yoga. I’m pretty active.

WIth Universities, how have you noticed the procedure of applying change over time, local and private schools, just overall?

As people start considering universities, there are some things that have changed over time. And the major change over time I noticed is that I didn’t get a lot of support. In my school there was one counselor for everything, wellbeing, college, and so on. So you can imagine how much attention they were able to pay each one of us; out of a class of 680 students. I had to figure out there would be an SAT test, I had to figure out which college I would apply for, it was just me on my own. And because my parents were from Cuba, they had no idea. So the major change is that now you have dedicated college counselors who are more equally distributed and can guide you through the process. Secondly, specifically in this school, is that the range of countries students apply to is much more diverse here, than say when I worked in Singapore. There, 90% of students went to US universities. So the councilors there didn’t have to know about schools in Singapore, Australia, UK, Netherlands or anywhere, just the US. So one of the best things here is that anywhere you want to go, they are ready to help you. They know the Dutch Schools, UK schools, Canadian Schools, American Schools, German, Austrian, you name it, they know it. I think it really shows there is a place for everybody. If you like Theater, Design, Math, there is a place for you. I hope! I say that with much optimism, I hope there is a place for everyone here.

Because we’re so compartmentalized here, away from Swiss culture, it’s important that there is a place for everyone in such a tight-knit community. How was the situation at your other schools?

I’ve been in countries where integration is hard. Say, in Singapore, it was a bit difficult culturally, but everyone spoke English. In Thailand, it was a different culture and a different language. I also noticed that expat people in Thailand are insular themselves, so it’s a question of “I don’t have any local friends”, well, are you making the effort as well? So there were definitely more local connections in Singapore that I noticed than in Thailand. But, I had Thai friends myself. Here, I’m still testing the waters. I’ve been so busy with work and with COVID still around, it’s not easy to be very social and the opportunities to interact are limited. So I don’t have any local friends yet. In Bangkok, the school had a similar situation as here, where we were a very tight-knit community, which in itself is a very good thing, but we didn’t connect enough with the Thai people.

Language seems to play the biggest role in this. So, on that note, how many do you speak?

So, I speak 5 languages fluently: Spanish, English, Italian, Japanese, Thai. Hopefully, I will start picking up german a little bit more soon, but then again, my interacting opportunities have been limited so it might take a while.

So to summarise, I’m really happy here. I enjoyed my time at middle school, but senior school has always felt more like home, a better fit. Even now, I feel like even though you definitely can teach across grades, every teacher has their own little slot in which they feel most comfortable teaching.