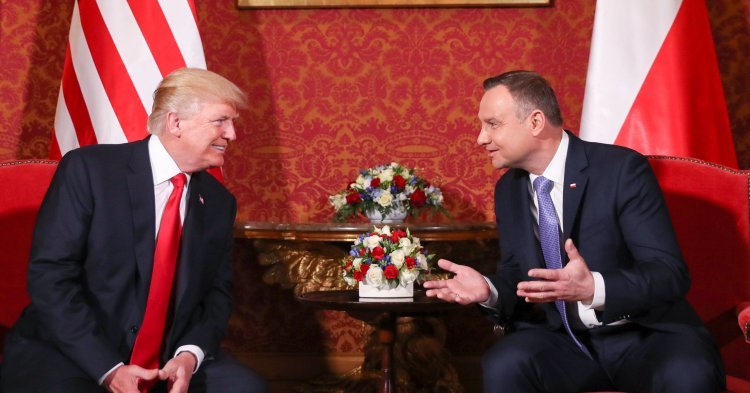 The 2020 Elections held in Poland at the brink of June and July left the country more torn apart than ever before, and that’s saying something. The vote was between the reigning President Andrzej Duda, a representative of the right-wing conservative party, Law and Justice (PiS), and Rafal Trzaskowski, the mayor of Warsaw, a representative for the Civic Platform. Duda won by less than 1%, with some even questioning the legitimacy of these results. These elections had almost reached a record turnout of 75% and the percentage of winning votes was closer than ever. But what will happen next, considering the scandals, controversies, corruption, and public outcry that followed afterward? Only as a preparation for the elections, instead of allocating dedicated funds into the healthcare department for cancer research, Duda dumped 2 billion PLN (500 mln Euro) into Public Television; his campaign was one to be criticized. How did this happen?

Let’s start with the Winner. Andrzej Duda is a Polish lawyer who started dabbling in politics less than 10 years ago. He climbed into a seat of power surprisingly quickly in the Law and Justice party. First he held the role of Secretary of State, then was chosen as a candidate for the European elections. He then worked as MEP for over a year and left to participate in the 2015 Presidential elections, from which he emerged victorious. (Ceccato) However, his successful career plays a small part in his rise to fame. His political views produced much more controversy. Duda is a Catholic for all his life and shares many right wing and conservative views, as well as a good relationship with the representatives of the catholic church. His political views align perfectly with the ones of Jaroslaw Kaczynski, the twin brother of former deceased President Lech Kaczynski, founder and the all-time leader of the Law and Justice Party. The party stands for promoting “conservative family values” and Catholic ideals. Many campaigns have been initiated since the party came to power in 2015, to implement their policies across many fields in the country. They reformed the education system so that religion is a semi-compulsory subject in public schools, with the illusion that students have free will to participate in the lessons. (Students’ grades go down if they choose not to take part).

The party is also nationalistic, hence against the EU. Poland is part of the Visegrad Group with Hungary, Czech Republic and Slovakia, who are against their participation in the EU, and Duda has been yet again named the groups’ leader since Poland is the largest economic powerhouse in eastern Europe. All of this means that Poland remaining in the EU is completely under a question mark. Leaving the Union would cause severe economic damage to the country as well as its relationships with the Union’s members. Coincidentally, Trump and Duda have maintained a strong relationship ever since both came to power in their individual countries. The two have built up an alliance and Trump referred to Poland as his “strongest ally in Europe” (Ceccato). However, the relationship is at stake with the elections meant to take place in November. If Trump doesn’t win, which it looks like he is less and less likely to, how will Poland have to adjust their policies, to maintain this important relationship? (Tarapacki)

Speaking of policies, since 2015 when PiS was put in power, the world and especially the EU have criticized their views and policies that followed. An example of this would be the Party’s stance on women’s rights, abortions and the LGBTQ+ community. During this year’s campaign, Duda took a definitive stance on limiting women’s rights in combination with promoting family values; the parliament started a campaign to deny the Istanbul Convention earlier this year. The party is also openly against abortions, showcased by a pro-life activist receiving a medal from the prime minister for her actions, which were traumatizing and blackmailing a minor into not getting an abortion after she’d been raped. Additionally, Duda openly denounced the LGBTQ+ community as “an Ideology worse than communism” and bashed its members openly to gain support from rural Poles. This resulted in an “LGBTQ+ ban” across up to 1/3 of the country’s counties. Individuals within the community have also been denied adoption, marriage, and equal healthcare. The campaign has now been condemned by ambassadors from over 50 countries that signed an open letter declaring their position against Poland’s actions. Joe Biden has also publicly announced his standpoint against the Polish government. At the EU summit, the opening 77-minute speech, Ursula von der Leyen strongly criticized Polish officials for allowing such things as “LGBT-free zones”. (The Associated Press) Serious talks have also been begun to cut ties with Poland receiving money from the EU’s supplementary budget due to their radical actions against the Unions’ policies.

Considering all these events, the future of the party and the country is unsure. Since the elections, many opposition groups have emerged such as StopBzdurom who are leading demonstrations and social media campaigns against the current political system. Many news outlets have wondered if the situation will escalate to that of Belarus, or if the protests will subside. In the last two years, the party has made efforts to reform the entire judiciary system so that Poland can become a One-Party state and be governed by PiS. Many Polish media outlets suggest that this already is the case, and that Duda is only a puppet for the leader of PiS, Kaczynski, who actually pulls the strings. From now on, only time can tell…