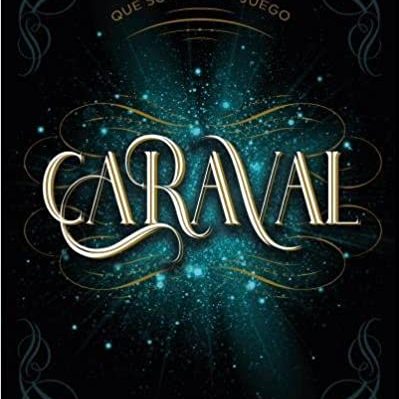 Caraval is a YA Fantasy novel written by Stephanie Garber, a New York Times best-selling author. The author wrote this book to tell the story of a place where she would have wanted to live in. Caraval is about the two Dragna sisters, Scarlett and Tella Dragna; on the small island they live, the event of Caraval is a game that everyone wants to participate in but very few people can. After 7 years of sending letters to join the game, Scarlett finally gets an answer but on her way to Caraval, her sister, Tella gets kidnapped and Scarlett must find her in order to win the game together with the scoundrel, Julian Santos. I particularly enjoyed this book due to the remarkable setting that the author created; the circus, the markets, the secondary characters, and everything from a flower to the main streets of the city weren’t anything like the setting of a book I have ever read, they were better. Also, the characters of this outstanding book could be mysterious, confusing, hilarious, and surprising at the same time in both their appearance and personalities. Stephanie Garber has a beautiful way of making her characters feel real, like someone the reader would like to meet. Another great feature of this book was the plot which always kept me guessing,  this book is a mixture between fantasy and mystery, in fact, there were many ups and downs throughout the book in which I thought I knew exactly how to find Tella but right when I was convinced, a new lead opened up and I had to reconsider my thinking over and over. While there were very few features that I disliked about this book, if I had to say one, I would think the personality of Scarlett’s sister who seemed selfish and self-centered to me while Scarlett was all the opposite. On the other hand, I did get to know more about the sister’s true story and personality in the sequel of Caraval, Legendary, which follows Tella in another amazing adventure. If I had to pick one though, I would say that my favorite book in the trilogy was the last one, Finale, which followed both Tella and Scarlett throughout their amazing second adventures in the new, updated versions of the Caraval event. I would recommend this book to anyone who enjoys YA and Fantasy/Mystery novels and doesn’t mind some humor, romance, and adventure in books. Finally, this book was able to keep me hooked from start to finish which doesn’t happen too often so I would rate it a 4 out of 5 stars while the entire trilogy was a 5 out of 5 stars.