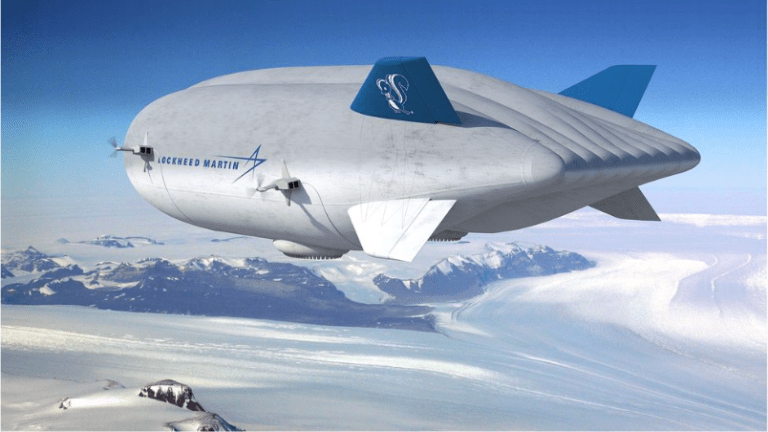 If you’ve seen a blimp in your life, you can count yourself pretty lucky. It’s estimated that there are only about 25 operational blimps worldwide, mostly spread around the United States, Germany, and the UK. The reason for this is a combination of scarce fuel sources, diminishing popularity, and superior aircraft however, there are still some companies and governments that are choosing to invest upwards of one billion dollars in the hopeful airships of the future.

Airships fell out of favor in the 1940s primarily due to their diminishing utility compared to the new airplane. By this time, airplanes could carry more passengers across the globe faster and for much less, and while this is still mostly the case, airships now have a modern advantage that was not on the mind of many in the 40s. Airships have the potential to be one of the most climate-friendly ways of travel due to their fuel efficiency. As aerospace engineer Sharath Girimaji put it, “It’s only working half as hard, and as a result, you’re burning much less gas” (Girimaji). This could be reduced even further with the potential of solar-powered blimps which may be able to supply sufficient power due to the lower speeds and high surface area of blimps. Air travel produced around 1.04 billion tonnes of CO2 in 2018, whereas blimps would produce a fraction of this. Blimps also have the advantage of being able to stay airborne for days on end which has led to ideas for applications in industries like delivery. In 2014 Amazon patented an idea for an airborne drone hub as unofficially depicted in the computer-generated video below.

Major limitations do still exist which will need to be overcome if the airship industry is to make a return. Currently, even the largest blimps can only carry 4% of the largest cargo airplanes, and they fly only at around a maximum of 80km/h using the Goodyear blimp as an example. Fuel is also an issue, as there are really only two viable gasses to fill an airship. Hydrogen, the lighter of the two, is highly flammable and led to disasters like the 1937 Hindenburg crash. Helium, on the other hand, is a non-renewable resource, and one in limited supply at that. Helium could be produced in future fusion reactors, however, this technology is a very long way off, and the volume that would be produced wouldn’t likely be sustainable.

The future of airships is uncertain, however, if some of these challenges could be overcome with future developments, we could see at least a small return of these giant balloons. There is clearly some faith in this possibility, as companies ranging in size from the new Airlander to giants like Lockheed Martin, and even the United States government are putting resources into research and development. Regardless of whether they fail or succeed, at the very least we’re certain to see some interesting clips like the one imagined above.

Similar ideas discussed in this article: The new age of the airship: Could blimps be the future of air travel?

An edutainment video about the past and present of blimps: Why There’s ONLY 25 Blimps Left

Taylor, Ian. “The new age of the airship: Could blimps be the future of air travel?” BBC Science