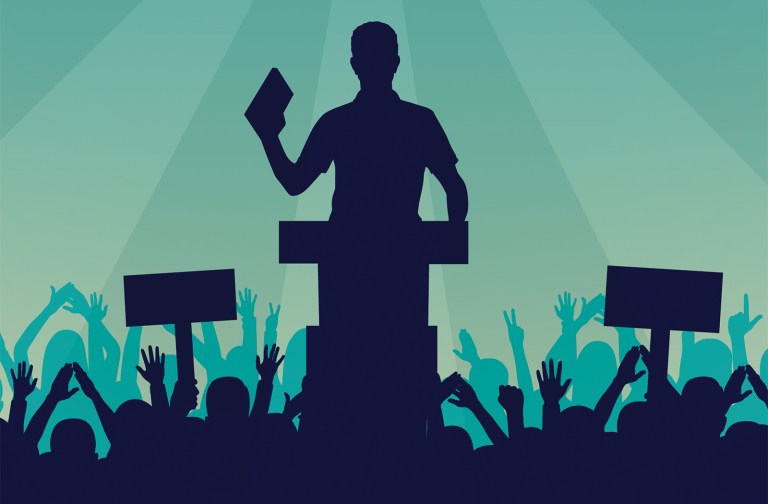 The foundations of modern political discourse have been lost in a wave of misinformation, echo-chambers, and an onslaught of facts and figures brought upon the average person by social media – so much so, that it could satisfy lifetimes worth of research in centuries past. As such, it’s important to stay informed of how to form your own opinions on the political world, free from the influence of news outlets and opinions of others. This article, to be followed by a series of others, will condense and simplify the important aspects of political theory which will provide a comprehensive way of navigating through the political world, without requiring a formal curriculum. Better yet- there aren’t any tests!

At the core of most people’s ideologies is their approval of the government. Regardless of how the average person views the government, positive or negative; the basis of any society is founded upon the idea known as the “social contract”. This contract is not something signed, or even seen- it’s not even written. It’s a purely theoretical idea which is fundamental of every successful state.

The social contract was theorized (as we know it) by Jean-Jacques Rousseau in 1762, in his book “On the Social Contract”. Within the social contract, there is a transfer of “natural rights”. A “natural right” is something that any human can do or be free from in a stateless and conventionless society, whether it is morally correct or not. To give up one’s natural right in exchange for another giving up their natural rights as well is known as a “contract”, which is the foundation of modern law. Laws are the manifestation of these contracts, such as laws condemning murder or robbery. People within a society give up their “natural right” to murder another, as it is deemed mutually beneficial to live in a society where people are free from murder. Despite those rights given up, people are still free, since everyone exists under the same commanding law that they shall not murder each other.

Some examples of policies trying to take advantage of this social contract are the extreme surveillances done into people’s lives through social media. At first, they might be declared a necessity during their campaigning stage, for the purposes of “peace and security”. These kinds of surveillance policies are often never enforced universally- and are often used to root out certain groups of people associated with political opposition groups, such as in North Korea.

The question remains, what should we learn from the social contract? How does it help us make criticisms of the political world? In short, it should be used as a tool to gain an understanding of who is responsible for the failings of a modern state. Successful states tend to have an exchange of the populace being ruled for peace and security, between people and government respectively. Finding which end of the contract is being violated (or is being taken advantage of) allows the blame to be appropriately placed with adequate historical knowledge.

To cover the important aspects once again: the social contract is a fantastic analysis tool for modern political events, and breaks them down to the core. The social contract is most applicable in analyzing when a political system begins to break apart, finding who or what is the inciting event which causes the contract to break- and the chaos which ensues.